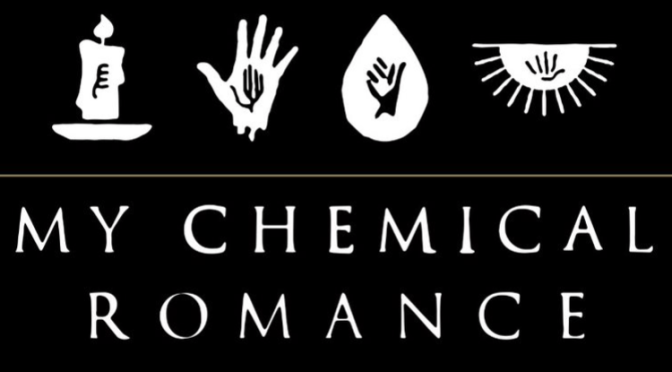 January 31st, 2020 (Los Angeles, CA) – That’s it. All tickets for the upcoming My Chemical Romance tour have sold out in roughly six hours. Killjoys from around the world had waited in anticipation for a shot to make it through the waiting room, queues, and lines in order to purchase tickets for a highly sought after North American Tour.

My Chemical Romance posted had posted on Facebook a huge thank you for all of the fans who purchased tickets. Even though the band stated that there was no way that they would come back again, they managed to surprise us all nine years later.

On Wednesday, tour was announced via a short film titled “A summoning…”

This site uses Akismet to reduce spam. Learn how your comment data is processed.

The Rockstar Energy Drink Disrupt Festival is just around the…

The heat was intense, but per usual @avoidkicksass still managed to pop off!
AVOID truly does kick ass! Be sure to listen to both of their newest songs "COWABUNGA" and "Split (Kill It)" available pretty much everywhere. They're currently on tour with @fitforakingtx / @silentplanetband / and @hollowfront so make sure to catch them when they come through!
It's 2022 - Let's start this off right! ☺️
So baby when I get famous, everybody's gonna see you never really knew me! 🥰🥰🥰
I have had the luxury of watching @avoidkicksass grow as a band over the last five years, and the journey has been remarkable. Watching their homecoming show was absolutely freeing in a way, and I have definitely missed being screamed at by my friends.
Wage War | Seattle, WA
It's been too long and like many of you, I am so ready to get back to the grind. I miss my friends and my family. I miss the hugs and smiles.
It's been over two months since the last show I've attended, and I'm going to be very blunt. It has sucked, and our venues are suffering. But as much as I miss my friends and family, I would much rather they be safe instead of recklessly putting themselves in harm's way.
Hey Fam! We just posted an article today covering our weekend adventure to meet up with the guys in @draggedunder (link in bio)