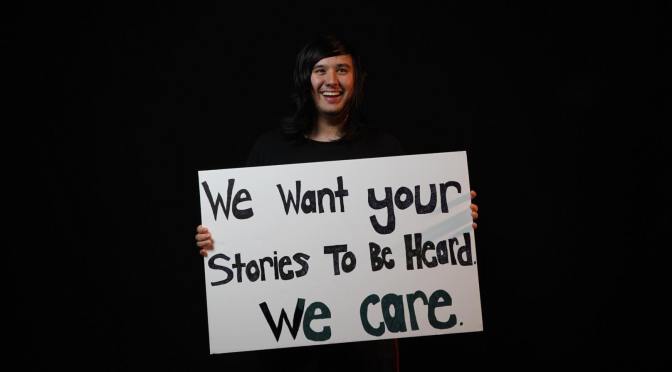 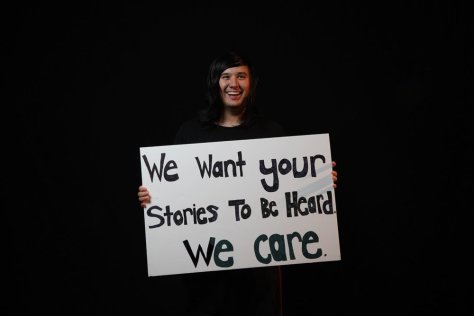 I have been sitting on this article for almost a month now, but I think that the time to release it is today. In light of #NationalSuicidePreventionDay, the guys of Osatia definitely deserve this massive shout out. To be completely honest, there are a lot of people out there who say that bands have saved their lives, but what really happens when a band has your back completely? What happens when an entire fan base rises up in support of others who are in the same predicament? Osatia happens. Osatians rather.

Like many others I was able to witness this rise. The positive and uplifting experience of the night was better than one could imagine, even though there were a few technicalities that needed to be addressed. Things someone may not notice, especially if they’re not familiar with the band playing, or not sure what they’re going to expect out of the opening act. The only issue that I can pinpoint, was that is was absolutely difficult to hear Alex, but this definitely was not his fault, and if you didn’t know the songs? It didn’t matter. Every other aspect of the night was beyond amazing and the guys deserved it. Honestly.

So what comes next? On September 21st, the guys will be releasing a special acoustic version of their newest single ‘We Care’. Leading up to this new version, you can catch a teaser by calling: 213.394.0526.

Trust me, you will not be disappointed in the slightest. That being said, knowing and having a band like Osatia means the world for many young fans. Fear of reaching out is real, but having seen this fan base grow from the near beginning only increases my faith that these guys will go far. The very meaning behind ‘We Care’ is to know you’re not alone, to know that there are people out there willing to listen, to know that we really are all in this together and that those closest to you will not see you as a burden. You’re not.

Following the announcement of ‘We Care (Acoustic)’ there has been an outpouring of support from all over the globe. Quickly bringing up the facts that those who struggle with their Mental Health are not alone. The story has quickly unfolded and more people have already started coming forward in seeking that support. With that ability to talk freely with others you hardly know is amazing and I have witnessed such strength in all of these individuals. It may still seem like there hasn’t been much forward progress in the way that we approach mental health, but it is clear that with constant positivity and open minds we are taking strides to destroying the stigma.  This is what we need in our lives, the openness and willingness to listen and be heard. It isn’t a one way street and it does take a lot of time and effort to get to a place where you feel comfortable to talk about our personal lives in such a way.

Having been a member of the Osatians community, I have seen the ever growing support. So I figured I would reach out and see what people had to say about it with the following question:

What does Osatia mean to you?

That being said, keep your eyes open and your ear to the ground.
I have heard that they’ll be releasing a wave of 2018 tour dates soon!

Worship.
The heat was intense, but per usual @avoidkicksass still managed to pop off!
AVOID truly does kick ass! Be sure to listen to both of their newest songs "COWABUNGA" and "Split (Kill It)" available pretty much everywhere. They're currently on tour with @fitforakingtx / @silentplanetband / and @hollowfront so make sure to catch them when they come through!
It's 2022 - Let's start this off right! ☺️
So baby when I get famous, everybody's gonna see you never really knew me! 🥰🥰🥰
I have had the luxury of watching @avoidkicksass grow as a band over the last five years, and the journey has been remarkable. Watching their homecoming show was absolutely freeing in a way, and I have definitely missed being screamed at by my friends.
Wage War | Seattle, WA
It's been too long and like many of you, I am so ready to get back to the grind. I miss my friends and my family. I miss the hugs and smiles.
It's been over two months since the last show I've attended, and I'm going to be very blunt. It has sucked, and our venues are suffering. But as much as I miss my friends and family, I would much rather they be safe instead of recklessly putting themselves in harm's way.